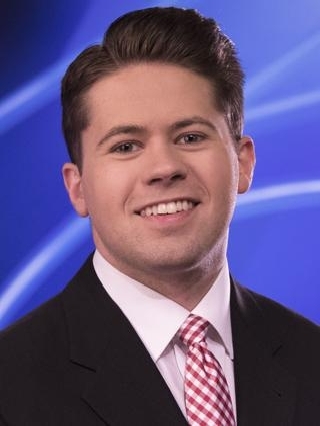 Born and raised in Western Pennsylvania, Sean is excited to return to his native state. He attended college in Northeast Ohio at Kent State University where he earned his bachelor’s degree in broadcast journalism. Shortly after graduation, Sean began his career at WTOV9 in the Steubenville, OH/Wheeling, WV market. In his two-and-a-half years at News9, Sean served as both a reporter and an anchor. Being able to practice each of these skill sets on a daily basis solidified Sean’s passion for broadcast television and storytelling.

Joining WJAC in March of 2018 as the morning anchor, Sean is not only excited for this step in his career, but to return to the rolling hills of Western PA. Growing up just north of Pittsburgh, Sean is a loyal fan of the Penguins, Pirates and the Steelers. When he’s not brewing coffee at 3:00 am to get him through his work day, you can find Sean either at the gym, taking in the social life around town or on a golf course. But most importantly, he enjoys spending time with his family and friends.

If you see Sean out in the community, don’t be afraid to say hi. You’ll find that he is the same in person as he is on air.