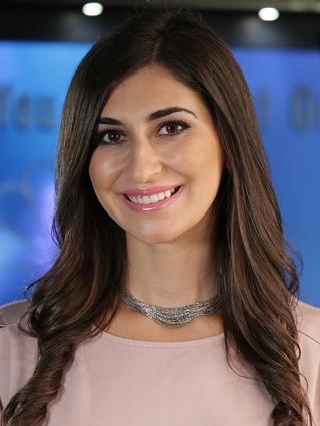 Jordan Cioppa joined the 6 News team at WJAC in June 2019, beginning her career as as the Social Media Reporter on 6 News at Sunrise.

Jordan graduated from Penn State University in May 2019, majoring in broadcast journalism. While in college, she reported, anchored, and served as executive producer for the Centre County Report, an Emmy Award-winning student-produced newscast. Previously, she had also spent a semester in Orlando as part of the Disney College Program and interned at KDKA-TV in her hometown of Pittsburgh. She also lived and worked in the heart of the entertainment business in Los Angeles through Penn State’s Hollywood Program.

Jordan is happy to be back in Pennsylvania with her family and friends, and working with the 6 News Team. Jordan loves hanging out with her friends and family, laying out by the pool, working out, going out to eat, and relaxing while watching reality television. Always in search of as much warm weather as she can get, Jordan spends a lot of time in Florida with her family and calls it her “home away from home.”

She can’t wait to wake up with the city of Johnstown and share with the viewers everything from breaking news to social media trends.