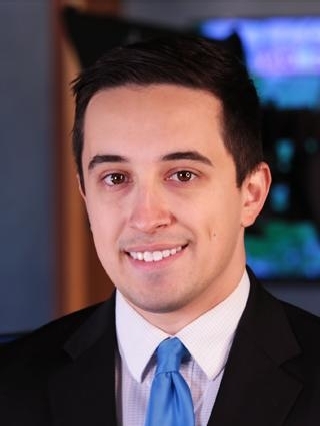 Crispin Havener is an award-winning anchor and reporter who is proud to be back working in his hometown of Johnstown for the station he grew up watching.

Prior to his return home in September 2018, he was a Weekday Anchor and Reporter for KKCO-TV/KJCT-TV in Grand Junction, CO. He anchored Noon and 5:00 PM broadcasts, and reported out in the field on everything from murders and wildfires to hidden gems and profiles of interesting characters. During his time there, he won a “Top of the Rockies” award from the Southwest Region Chapter of The Society of Professional Journalists, as well as “Newscast of the Year” honors from the Mesa County Communications Officers' Association for his KKCO 11 News At Noon broadcast.

Crispin started his career as the host of “Teen Talk” for the Diocese of Altoona/Johnstown weekly program “Proclaim!” in 2007. He also worked in production for newscasts on WWCP-TV and WATM-TV in Johnstown.

Crispin graduated from Westmont Hilltop High School in suburban Johnstown and then pursued a degree in Communications Media and a minor in Journalism at Indiana University of Pennsylvania. There, he created and hosted the news talk program “The Week In Review," which was twice honored as the best college news/public affairs program in the Northeast by the National Broadcasting Society. He also previously worked as a producer and hosted the twice-daily webisode “Crispin’s Corner” for WHBF-TV in the Quad Cities of Iowa and Illinois before heading west to Colorado.

In his spare time, Crispin is an avid sports junkie, bleeding "black and gold" for his love of the Steelers, Pirates, and Penguins. He also enjoys a good bite to eat, socializing with friends, and getting to know the world around him. He says he’s never met a pun or witty line he didn’t like. He credits his family, and their unwavering support, for whatever success he has had in his career.

If you have a story idea or just want to chat, feel free to reach out to him via e-mail (chavener@sbgtv.com), Facebook (Crispin Havener), and Twitter (@CrispinHavener).